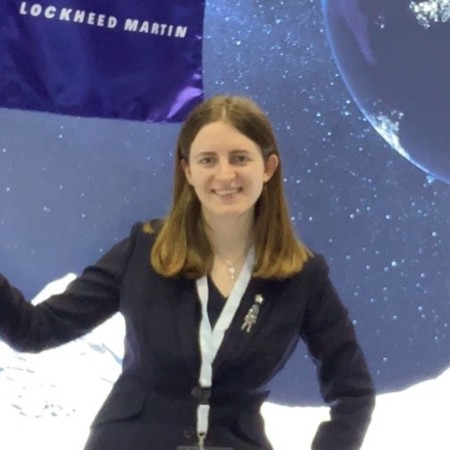 A niche, but growing use case for AI is in the space context. Recent developments in the ‘New Space’ industry have seen increasing investments into the space sector from state and private actors alike in recent years, driving new and innovative ventures from both established industry players and start-ups. From 2010 to 2020, the global space economy grew by 55% to a value of $447 billion, of which the commercial space economy represented nearly 80%1. This dynamic and growing environment is fertile ground for the development of innovative technologies and simultaneously demands new solutions for faster, larger-scale decision-making processes. It is within this environment that autonomous and artificial intelligence (AI) systems are attracting a new and increased focus.

As a highly technological field with fundamentally remote operations, there is a precedent for the use of AI solutions in space technologies, such as diagnostic parameter monitoring for complex spacecraft and intelligent object detection for path navigation2. These existing precedents are all cases where AI is used to enhance existing human decision-making capability, while still subsidiary to a final, human-made decision with wider contextual inputs. However, the growing ‘New Space’ initiatives in the space industry are also driving an entirely new use case for AI in the contexts of space situational awareness (SSA) and space traffic management (STM). In a paradigm shift from historic launch patterns, operators including SpaceX and OneWeb have now begun to launch ‘mega constellations’ of up to tens of thousands of satellites each for commercial telecommunications, with plans to increase the number of active objects in low-Earth orbit from around 2,000 to up to 100,000 by the end of the century3. As the number of objects in orbit grows, it no longer becomes economically or practically feasible to exclusively control satellites through direct human tracking and intervention. The successful operation of these constellations - without collision with either other satellites or untracked ‘space debris’ - therefore drives an industry-wide motivation for operational autonomy for space traffic management.

In this case, AI and machine learning (ML) techniques are applied to detecting, recognising and avoiding space objects automatically in an increasingly congested orbital environment45. The fundamental objective is collision avoidance, but approaches vary for the extent of autonomy to be used in this process; while some plans would use AI only for detection and assessment of risk and collision likelihood, deferring the ultimate manoeuvres to human intervention6, other major players (notably SpaceX) claim to already be performing regular collision avoidance manoeuvres with no human input at all7.The present or prospective use AI for STM is not limited to commercial enterprises or mega-constellation projects; the European Space Agency has now launched its own cornerstone programme for the development of automated manoeuvre decision-making on board future ESA spacecraft8. However, a lack of transparency over the proprietary technologies involved complicates any investigation into the claims and actual extent of the role of AI in private use cases.

So, with the prospect of machine intelligence integration into many parts of the space chain9 and ongoing research into applications for SSA and STM, we may anticipate a highly autonomous future for space, necessitated itself by the scale of ambition for future space developments10. These increasing use cases of new technologies raise questions for the application of existing regulations which have no reference to AI. It will be necessary to clarify the application of existing space law in the context of autonomous systems, particularly for cases involving liability, and in some cases to implement new policy and regulation to address these new capabilities.

Space law, liability, and the regulation of Artificial Intelligence

The current regulation of space, much like the regulation of the internet, is the outcome of a long history of efforts beyond national borders responding reactively to new technologies. Reaching new agreements in space law is complicated by the need for international consensus, and consequently no new international space treaties have entered into force since the Moon Treaty of 1979, or even arguably since the Registration Convention of 1974, given the limited international acceptance of the Moon treaty11. This leads to a modern regulatory framework for space comprised of six treaties, of which for our case should be taken into consideration the 1967 Treaty on Principles Governing the Activities of States in the Exploration and Use of Outer Space or ‘Outer Space Treaty’12, the 1972 Convention on International Liability for Damage Caused by Space Objects or ‘Liability Convention’13 and the 1975 Convention on Registration of Objects Launched into Outer Space or ‘Registration Convention’14. As there is no set of laws or guidelines applying to autonomy in space in particular, the use of AI in space will first and foremost be subject to this existing international space regulation.

Clarification on the ‘rules of the road’ for autonomous space navigation is necessitated by the high-stakes nature of satellite operations. Collisions between satellites may cause damage ranging from instrument loss, to loss of critical service (e.g. GPS/weather forecasting), to exponential debris damage to further satellites. Satellites may be commercial, scientific, or military assets and are considered the responsibility of the launching nation under the Outer Space Treaty. Ambiguity over the role and behaviour of AI in any satellite’s operations may therefore lead to strategic and even diplomatic difficulties in resolution.

In one example, we may imagine a ‘closed future’ scenario where a satellite detects, identifies, and avoids another approaching satellite entirely autonomously, with no human intervention on the part of either satellite. Under current practice, the identifying operator would usually contact the other party directly in advance of any manoeuvre and negotiate a mutual solution15. In this entirely autonomous scenario, under current space regulations, there is no guarantee that either party would

a) notify the other party of a planned manoeuvre (and indeed, with no guarantee of any means of mutual identification/communication)

It is easy to see how in this scenario, two satellites with no information on the other’s collision avoidance AI systems may attempt to avoid a collision and end up colliding anyway via their own manoeuvring decisions.

And so, the first problem to be addressed for regulation of AI in space traffic management is the question of transparency and open data. Openness is of critical importance when it comes to any proper understanding of a highly autonomous orbital environment.

In her publication “The Advent of Artificial Intelligence in Space Activities: New Legal Challenges”16Anne-Sophie Martin proposes an addendum to existing registration regulations as a policy solution for this problem. It is already required under the Registration Convention that each launching state should report the basic orbital parameters and function of a space object to the United Nations upon launch of a space object. Martin proposes the development of an additional ‘special’ registry specifying the features of spacecraft with on board AI capabilities. However, any changes will need to be sensitive to potential national private interests, e.g. in military technology, and to the interests of innovating stakeholder companies developing new in-house technologies.

In practice, the current international law situation means that hard regulation will be most easily developed on the national or regional scale, as new space treaties are highly unlikely to emerge and soft recommendations are limited in power. Some progress is already being made on this scale; the E.U. is considering a legislative proposal for space traffic management by the end of 2024, on the basis that the rules “should also guarantee that the EU operators do not suffer from distortion of competition by operators established outside the EU benefiting from less stringent standards, … by imposing equal treatment to EU operators and to any satellite operator intending to provide services within the EU”17.

In advance of any new space law, policy makers and industry leaders can also seek to encourage good practice and openness in commercial operators through incentives. For example, as part of its Space Safety Programme, the European Space Agency plans to incentivise industrial contributions to its new Collision Risk and Automated Mitigation system, potentially with the objective of then incentivising these industrial players to unite in using one same, interoperable system18.

Satellites and space operations can also lead to large liability issues in the event of an incident. We have noted that the current use of autonomous systems in space is limited to ‘informing’ operators of collision risks and is still subsidiary to human decisions in most cases. However, when we consider the ‘closed future’ case of fully autonomous space systems, important questions are raised for liability issues when human judgement is removed from the equation. Under current space law, the Liability Convention provides a regime for attributing absolute and fault-based liability to launching states in the case of damage caused by the launching state’s space object. Some literature has analysed the applicability of this convention to the case of autonomous space objects. In “Artificial Intelligence in Space”19, George Anthony Gal et al note that fault liability under Article III of the Liability Convention is premised on the “fault of persons” and is therefore unlikely to apply to artificial intelligences. In “Autonomous Space Objects and International Space Law: Navigating the Liability Gap”20, Ioana Bratu et al raise that historical approaches to the legal personhood of AI have concluded that it is redundant to give a legal personality to AI, as harms from fully autonomous technologies can still be more effectively addressed by attributing responsibility to existing categories of legal person21. In these cases, it is likely that a liability gap may arise in space law when attempting to attribute fault to an entirely autonomous space system.

As liability issues will become relevant in the case of any near-future scenario collisions, it is important that these liability gaps are considered appropriately and addressed before these issues become live. To begin with, it is necessary to map all relevant legal frameworks in advance of any issue and share a common understanding about how to move forward in the case of a liability gap. An optimal outcome would see the Liability Convention revisited and amended for the intersection of modern technology with all fault-bearing scenarios. However, the current international situation means that the consensus necessary for such a revisit is highly unlikely.

A lack of clarity, legal liability gaps and outdated regulatory frameworks risk miscommunication and misunderstandings between autonomously enabled space actors, with potentially large financial and geopolitical consequences. Potential solutions, whether through updates to space law, incentives to commercial actors, or through soft recommendations, should make a priority the development of acceptable norms and standards of behaviour for autonomous systems in outer space. The promotion of transparency and due diligence for on-board AI systems should encourage that there are no wholly ‘black box’ systems involved when the assets of other actors are at risk from the decisions of these systems. Existing guidelines, including the Registration Convention and the ITU guidelines for the registration of satellite systems22 give some regulatory precedent for assessment of potential launches in this way. Automated collision scenarios, meanwhile, and their associated liability gaps can be most easily avoided by maintaining a scope for human intervention in any satellite manoeuvres and encouraging open communication with any intention to move.

It is therefore critical to initiate a discussion on the regulation of autonomous systems in space while still in advance of the widespread deployment of these systems. Discussions should seek to promote harmonisation and standardisation of the space law at the international level for AI liability, ‘rules of the road’ and quality standards, in balance with the interests and innovative ambitions of all space object stakeholders.