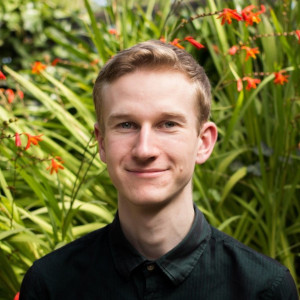 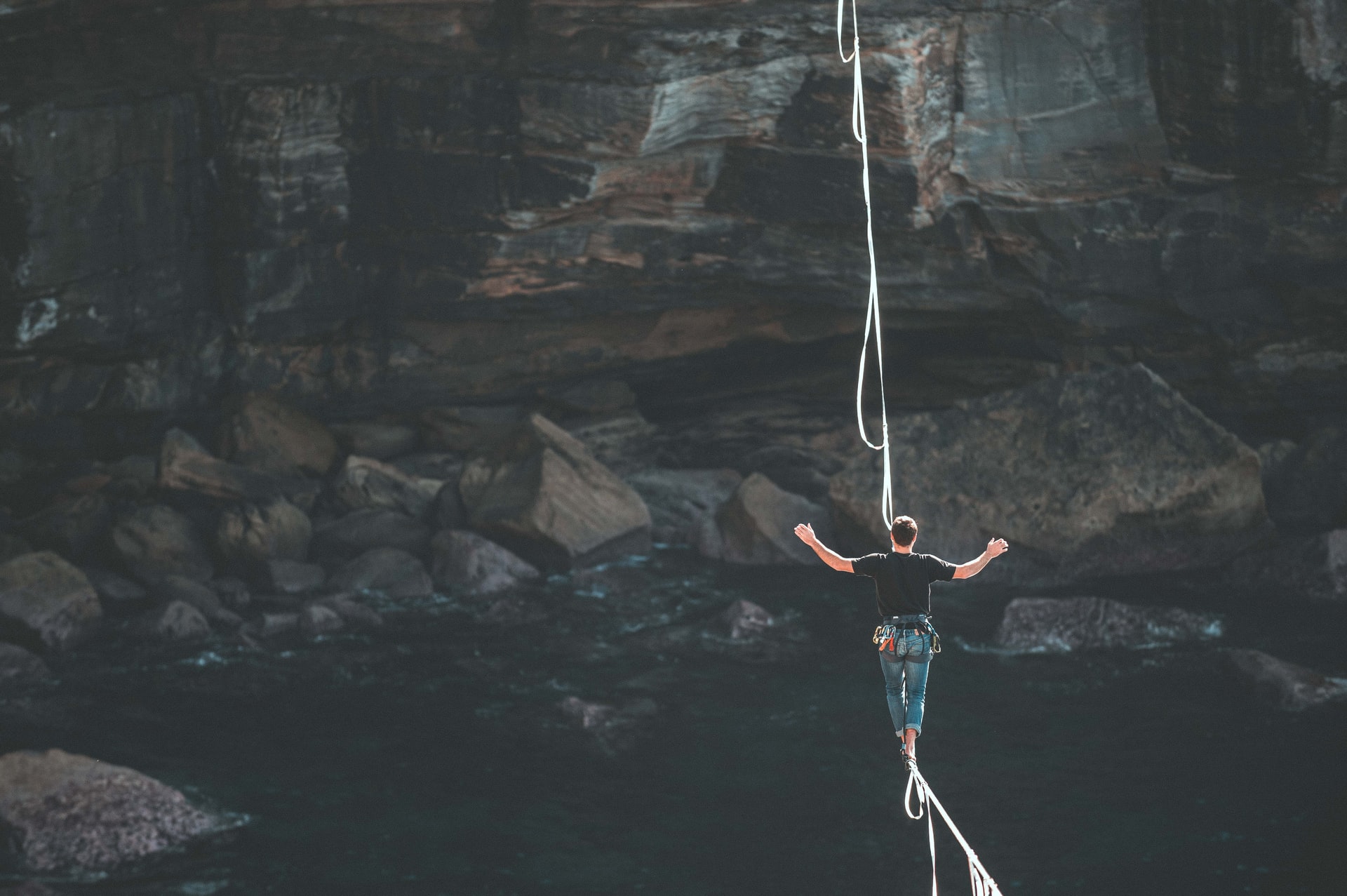 Political and ideological divisions appear to be deepening in some countries1. Many are concerned that this is increasing the risk of both intentional harms—such as political violence, civil unrest, doxxing etc.—and incidental harms, where society is unable to respond effectively to external threats such as economic inequality, climate change, or pandemics. These changes are often attributed to the rise of recommender systems in online platforms, and other algorithms that mediate human information flow with increasing ubiquity. In this piece, I describe the mechanisms by which machine learning algorithms may be eroding our capacity to collectively make decisions, and discuss proposed regulatory responses.

The first broad class of mechanisms by which algorithms undermine collective decision-making arise because the algorithms are not “aligned” with our intentions or values.

This might be because the algorithm performs its task imperfectly. For example, consider the use of automated classifiers to perform content moderation on social media. Even if we were able to unambiguously determine whether a given tweet or Facebook post was permitted under platform speech policies, any algorithm trained to make such determinations will always have some margin of error. This leads to a fairly novel set of regulatory considerations. When laws or regulations are enforced by algorithms, it becomes possible to be much more precise about the rates of false positives and false negatives: occasions when the rule was applied but should not have been, and vice versa. When constructing regulations with automated enforcement, we should “take into account the inevitability of error,” “choose what kinds of error to prefer,” and “[calibrate our] rulemaking to the practical realities of enforcement.”2

It might also be because the algorithm is performing the wrong task, perhaps because the task is subjective or difficult to define. Again, this is evident in the realm of automated content moderation. What categories of online speech, if any, should be amplified or suppressed in order to best promote long-term societal flourishing? The question will always be contentious, and simply having the debate can further fuel animosity and entrench divisions. Often, platforms will elect to enforce governance policies for which there is lack of evidence. For example, many of the major platforms have policies against scientific misinformation relating to COVID-19 vaccines or climate change, despite there being no evidence that such policies are helpful, and some evidence they are harmful3. Another prominent case in which societal divisions may be exacerbated by algorithms performing “the wrong task” is that of recommender systems in online platforms. Recommender systems largely determine what information people are exposed to, and almost without exception are designed to optimise for engagement. That is, they position most saliently the content that is most likely to generate observable behaviour such as clicks, reactions, comments, or reshares. In doing so, they use human behaviour as a proxy for human preferences4. As a proxy, it is not very good. The most engaging content is often that which is most outrageous or untrue, or most preys on our imperfect self-control5. Prioritising such content can lead people to have distorted perspectives of reality and each other.

It might also be because the algorithm performs its task well enough, but has side effects. A recommender system that uses reinforcement learning or is designed with the help of A/B testing may satisfy people’s preferences not by simply giving them more of what they want, but by altering their preferences so that they are more easily satisfied6. Increasing reliance on automation to perform tasks that would traditionally require human reasoning7 may lead to an atrophy of human critical thinking capabilities8. And when algorithmic gatekeepers to human communication are misaligned, this can create perverse incentives for those who wish to profit off human attention. For example, those in Veles, Macedonia who manage politically extremist Facebook groups targeted at US audiences do so purely to direct users to third party sites where they are able to collect advertising revenue9. They have no ideological agenda, but the incentives drive them to produce content that deepens societal divisions.

The second broad class of mechanisms by which algorithms undermine collective decision-making arise when the algorithms are “aligned” with human intentions, but are employed by bad actors. This includes the use of text and image generation models to generate synthetic media that mislead audiences and contribute to an apathy with regard to the question of what is and isn’t true. Another example is the use of deep learning algorithms as persuasion tools, as a means to improve the targeting of political messaging, conduct information gerrymandering10, or to generate arguments in support of a given position, regardless of its merits11.

Public-interest regulation seems a natural response to concerns about political division and the quality of civic discourse, which is arguably a higher order concern than those discussed in the day-to-day news cycle. But there are a number of challenges. The pervasiveness and proprietary nature of many algorithmic systems means that it can be difficult to conduct experiments and accumulate the causal evidence base required to have a good understanding of how they are and are not affecting societal division, and to inform and justify proposed regulation. Attempts to regulate political discourse inevitably skirt with issues of free expression, and risk violating human rights, or the First Amendment in the US constitution. Regulatory efforts that are not designed inclusively risk being politicised, as has been seen in the case of the GDPR. For these reasons, I believe the most promising regulatory models are those that do not address division directly but instead promote trust and inclusive institutions in general.

Mandating certain transparency measures for online platforms is one such approach. Better public understanding of how recommender systems operate, for example, and the ability for academics to study their macroscopic effects, is critical for building multilateral trust in both platforms themselves and in efforts to regulate them. Currently there is little scope for this, with platforms shuttering existing transparency tools12 and pursuing legal action against academics doing public-interest work13. Governments could require that platforms allow academics and other auditors to access data via physical research data access centres, modelled on those used by government health departments, or via APIs that implement privacy preserving features such as differential privacy. The existence of such measures would incentivise trustworthy behaviour on the part of online platforms, and provide an evidence base on which to base future responses.

Another approach is greater experimentation with (and perhaps the mandated use of) democratic oversight mechanisms for algorithmic systems. Rahwan (2018)14 makes the case for ‘algorithmic social contracts’ or ‘society-in-the-loop AI’. In the context of mitigating societal divisions, this might take the form of using sortition-based citizens assemblies or mini-publics—groups of randomly selected citizens—to deliberate and advise on algorithmic design decisions and social media content moderation policies15. Such bottom-up models of governance have successfully made progress in many politically fraught domains16 and have potential to build trust in the processes by which algorithmic design decisions are made.

Done well, regulation of AI has benefits not just for the specific issues being addressed, but for the broader level of social cohesion. When regulations are written and imposed in ways that are not grounded in evidence or are undemocratic, this (rightly) erodes trust in expertise and fuels antipathy between political groups. By regulating the processes via which algorithmic design decisions are made, we may be able to mitigate the ways that artificially ‘intelligent’ systems can exacerbate societal divisions.

« Age-Appropriate AI: Gaps, Challenges, and What May Future Look Like