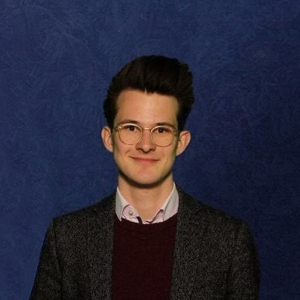 Regulation of AI: New and Old 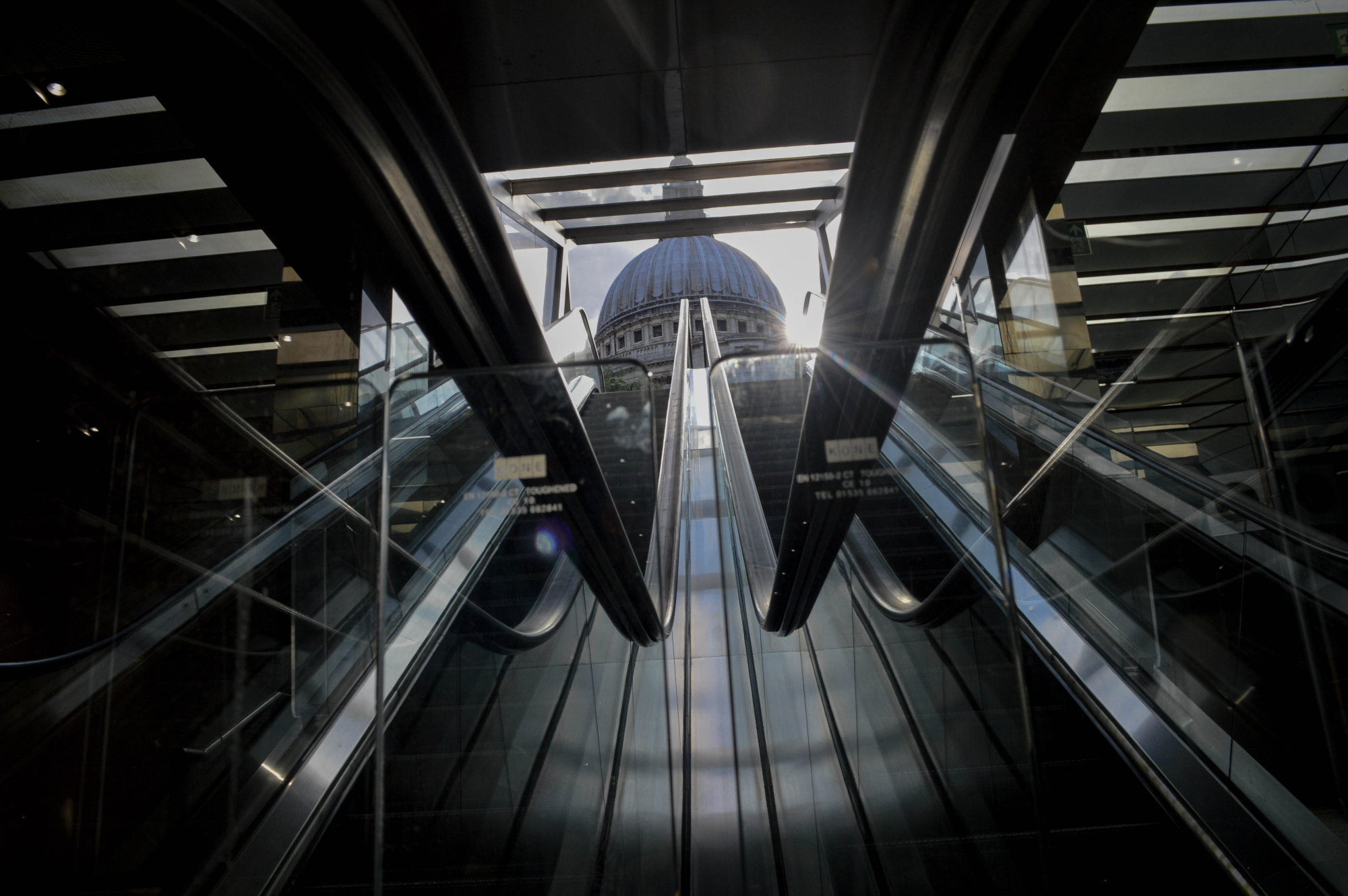 Personalised ads are one of the most widespread AI applications and the core of the business models of the largest tech companies – even Apple increasingly monetises through advertising. These personalised ads, in turn, rely on the collection of data about user behaviour at large scale, so-called tracking. Such tracking is widespread on the web and in apps, and usually takes place without users’ awareness let alone explicit choice.

The harms that arise from the ongoing mass-scale collection are varied and sometimes highly individual. The underlying technologies cannot only have significant effects on the rights to privacy and data protection, but also on other fundamental rights, such as the right to non-discrimination (e.g. when data from mobile tracking is used in AI systems, such as targeted ads for job offers) or the right to fair and free elections (e.g. when political microtargeting is used as in the Brexit vote or the Trump election).

Our research group at Oxford has long been analysing tracking on the web and in apps. In our 2018 paper “Third Party Tracking in the Mobile Ecosystem” [1], we found in analysing 1 million Android apps that about 90% of apps could send data to Google, and 40% to Facebook.

The GDPR, an effective remedy?

Whether or not the GDPR requires consent to tracking (or whether companies can instead rely on their legitimate interest) is subject to ongoing debate. However, this debate might miss the point. In February 2022, the Belgian data protection authority found that the most widely used framework to retrieve consent was in fact not compliant with the GDPR. Instead, individuals had been bombarded in digital systems by popups that were not actually ensuring compliance with GDPR (‘compliance theatre’). Data practices that do not protect the fundamental rights of individuals are unlikely to be legal.

Our research found that the widespread presence of tracking within apps has seen little change since the introduction of the GDPR in 2018 [2]. Nearly 90% of Android apps can share data with Google/Alphabet, around 40% with Facebook/Meta. Since the predominant business model of apps, relying on ads and tracking, has not changed, neither have the underlying data practices.

Tracking, with or without user consent?

Besides the GDPR, another law – the ePrivacy Directive – currently foresees consent to reading and storing information on a user’s device in the EU and UK (unless such is strictly necessary) [3]. This could be seen as a general prohibition of tracking without consent. However, the UK government is currently considering reforming this obligation to reduce mindless ‘box-ticking’, and lower the barriers for tracking; there is a risk that this reform might weaken the privacy protections for individuals.

Analysing a random subset of 1,297 apps from the UK Google Play Store [3], we found that 70% of apps send data to known tracking companies – at the first app store before the first user interactions. Less than 10% asked for any form of user agreement to data tracking. Those apps that did ask for consent were found to share data with substantially more companies. Few apps with consent allowed users to refuse consent while continuing using the app. All of this points to widespread infringements of the ePrivacy Directive.

In our paper, we also tried to understand some of the reasons for the apparent lack of consent flows and resulting infringements of UK data protection law. To achieve this, we examined the online documentation of the most common third-party tracking libraries in detail. While most acknowledge that they rely on app developers to obtain consent on their behalf, they typically fail to put in place robust measures to ensure this: disclosure of consent requirements is limited; default consent implementations are lacking; and compliance guidance is difficult to find, hard to read, and poorly maintained.

What’s next for regulation?

Our research suggests rather widespread infringements of current data protection law, and that regulators have been struggling to keep up (partly due to lack of resources) [2]. Recently, Apple stepped into this void of privacy regulation by mandating new opt-in flows for apps that want to track their users. Apps that would like to access the Identifier for Advertisers (IDFA), which allows easy cross-app tracking of users, must now seek prior user consent. Our most recent research suggests that Apple’s measure is effective at improving user privacy, but is far from perfect and reinforces existing market power of certain gatekeepers [4].

Our research efforts have faced enormous challenges, due to design decisions of gatekeepers. For instance, Apple encrypts every app by default on iOS with its FairPlay DRM. The circumvention of this protection is rather straightforward, but in conflict with strict copyright laws that apply worldwide. Few exemptions exist, and app research usually requires the analysis of thousands of apps, leading researchers to violate this law potentially many times – or not do the research at all. As a result, the last large-scale study of privacy in iOS apps had been done in 2013, despite the fact that iOS remains the largest mobile operating system in the UK and US. We’ve been able to work around some of these barriers using a new method [4, 5]. However, the use of IP and copyright law against researchers remains an enormous challenge.

Policymakers are currently considering introducing a range of new regulation of digital technologies. In the UK, there is the Online Safety Bill; in the EU, the Digital Markets Act and the Digital Services Act. Article 31 of the planned Digital Services Act is particularly promising for researchers because it will enable them to analyse problems with key digital technologies that pose ‘systemic risk’. However, there remain questions around whether these efforts might again be hampered by understaffed regulators (as we’ve seen in privacy and data protection), or clash with existing legislation (e.g. copyright and IP law).

At our research institute, we are trying to develop new ways to mitigate some of the harms that are currently present in digital technologies [6, 7]. This is rooted in the observations that harms in apps remain widespread, and that individuals have limited agency in overcoming such harms in apps that those individuals rely on for their daily lives.

Specifically, we have developed an Android app that allows end-users to select an app that they find problematic, and then change or remove problematic parts within this app [6]. Our method relies on the availability of ‘extensions’ that describe how to alter the behaviour of other Android apps to reduce harms. This is methodologically similar to browser extensions on the web: software developers would write these mobile app extensions and make them available for other individuals to use.

It is important to note that, with our system, we do not aim to eradicate all harms in apps from one day to the other. Moreover, we neither aim nor advocate for a wide adoption of our concrete implementation. Instead, we envisage that, at some point in the future, Google and Apple might add explicit support for extension functionality to their mobile devices, in the same way as desktop browsers already do. The incentive to do so would be to enable end-users to face fewer harms in their mobile devices. Apple already does this in its latest iOS 15 but restricts extension functionality so far to the Safari browser, rather than extending the concept to arbitrary apps.

With mobile app extensions being a new, agency-enabling technology against digital harms, we believe that our system aligns well with the theme of the conference, trying to design the future of technology. As a next step, we intend to conduct a user study with actual smartphone users and investigate their concerns around problematic app features and design practices. We would welcome input from the participants of the conference on the design of our user study.