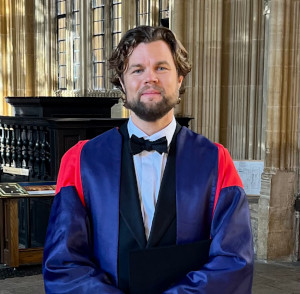 The Self-Regulation Challenges of Computing Technology

Powerful, portable computing technologies like smartphones and laptops challenge the ability to control our attention and behaviour. Amidst constant notifications and AI-powered recommendation feeds that try to optimise 'engagement' with digital services, many people find it difficult to use their devices in the way they want without being distracted and wasting time1. For example, our work might routinely take much longer than it should, because we keep interrupting ourselves to go to social media. Or we might fail to go to bed at the time we intended, because we get 'sucked in' by our devices.

There are two main reasons we can find it difficult to self-regulate digital device use. First, digital services are often deliberately designed to nudge us into behaving in ways that benefit the developer. This can take the form of manipulative 'dark patterns', such as pre-ticked boxes on shopping sites with deliberately ambiguous wording. It can also take the more ambivalent form of 'grey patterns' like infinitely scrolling feeds that, though they may surface genuinely valuable content, can act as attention sinks and make us forget our intentions for use.

Second, the sheer scale of instant access to information, connection, or entertainment can cause self-regulation difficulties. Psychological research shows that people who are better at self-regulating, are those who arrange their environments such that they have fewer temptations available2. Therefore, if digital devices make everything always available with minimal effort, this should in itself make it difficult to self-regulate usage.

The good news is that in recent years, developers and researchers have experimented with design patterns that support self-regulation. On online stores for apps and browser extensions, hundreds of 'digital self-control tools' now provide interventions that help people stay in control, for example by blocking apps or hiding distracting website elements, tracking and visualise use, or providing rewards or punishments for how devices are used.3 Researchers have done controlled studies with such tools, and a wide range of interventions have been shown to both change behaviour and make people feel that they are better able to control their device use4.

Different strategies have different likelihoods of success, and depend to a greater or lesser extent on individual differences in personality and ecosystem of devices used5. Similarly to the findings in psychological research, our own accumulating research data from workshops with hundreds of students at the University of Oxford, suggest that the most generally useful strategies involve empowering users to control how much potentially distracting information they are exposed to. For example, being able to hide recommended videos on YouTube, or use blocking tools to temporarily reduce the functionality of one’s devices to just those apps that are needed for a given task (Lyngs et al. in prep).

The extent to which people are able to control the amount of information in their digital environments differ widely between platforms. The largest amount of freedom exists on the web, where internet browsers allow people to customise the look and functionality of any website via browser extensions. All major browsers now share the cross-browser Web Extensions API which allows users to, for example, tailor Facebook to their needs via injected stylesheets or scripts.

The situation is very different for mobile apps, however, where most people report self-regulation difficulties. No options currently exist to change the look or functioning of mobile apps to fit individual user needs beyond the options developers choose to provide.

Moreover, the tools available for blocking apps or tracking usage differ dramatically between Android and iOS: On Android, a diverse ecosystem exists for apps that provide customised app blocking and usage visualisations, in addition to what Google provides in their 'Digital Wellbeing' app. On iOS, Apple takes a much more restrictive approach to developer permissions, which makes Apple's Screen Time tool the only option to properly block apps or track use.

Is there a role for regulation?

Some attempts are currently being made at banning use of specific design patterns. For example, in relation to the GDPR, the design pattern of pre-ticked checked boxes has been ruled not to constitute valid consent. Similarly, EU's new Digital Services Act intends to ban "misleading interfaces known as 'dark patterns' and practices aimed at misleading users".

Banning specific patterns may apply to a small number of obviously manipulative practices. However, the much larger zone of 'grey patterns' commonly used to drive user engagement (e.g., infinitely scrolling feeds, the selection algorithms that curate those feeds, autoplay), cannot be addressed through bans. Whereas these patterns may cause self-regulation difficulties as a side effect, they often do serve important user needs.

An alternative is to mandate greater user control. An example is underway in the EU's Digital Services Act, which will require very large online platforms that use recommender systems to provide at least one option for algorithmic selection not based on personal profiling.

I wish to suggest a more far-reaching option: As mentioned, users already have the power on the web to control the appearance and functionality of websites via browser extensions. Mandating an analogue of this mobile apps could have radically empower users and allow the long tail of idiosyncratic 'online harms' to be addressed in a bottom-up fashion.

The research project ‘GreaseVision’ is imagining what this might look like6. GreaseVision is a technical system to allow end users to customise interfaces of their mobile apps to suit their needs, including around factors connected with self-regulation challenges. For example, users can themselves limit the amount of content on recommender feeds, change the colour of notification markers, add overlays to particular types of unwanted content, and so on.

Providing end users a 'right to tinker', via mandated provision of the equivalent of browser extensions for mobile apps, could be a highly impactful way to regulate.

Regulators may also consider a more hands-off approach focused on business models. Thus, rather than directly intervening on designs, regulators might try to make it more likely that design patterns supportive of self-regulation are viable on digital marketplaces.

The underlying issue here is that many of the design patterns that cause self-regulation difficulties derive from business models that rely on selling user attention to companies and others who pay to have ads shown7. Some have argued that digital platforms should be obliged to provide subscription options that do not rely on targeted advertisement. A gentler approach is to mandate disclosure of specific practices tied to business models. For example, Apple recently began to require that developers disclose on the App Store what user data apps collect. Such disclosures might make consumers more likely to pay for apps that do not rely on attention capture and targeted advertisement, analogous to how organic farming has been supported by labelling that makes consumers willing to pay a premium.

Finally, a more radical approach is regulation aimed at disrupting current tech architectures. Sir Tim Berners Lee's has proposed 're-decentralising the web' via interlinked 'Personal Online Data' (POD) stores kept securely on servers of the user's choice8. People would decide which apps could access the data, and social networks like Facebook or Instagram be re-implemented as ways to interconnect individual PODs. Users' data would not live in data stores owned by the companies, but in PODs under direct control of individual users who simply allow specific entities to read and interlink their data into specific services. A world where PODs were the basic nodes of the web, might favour market competition around user interfaces and data interlinkages that effectively support self-regulation. However, the practical and regulatory obstacles involved in this transformation are likely to be substantial.

Digital devices like smartphones and laptops have revolutionised our world, but the instant connectivity they provide can lead to self-regulation failure rather than productivity and wellbeing. This is especially true for individuals who are attentionally vulnerable, for example children or adults with conditions like ADHD, making this an important concern for AI regulation.

On the web, browser extensions allow people to customise websites to their needs, and for example have YouTube without recommended videos. On mobile platforms, however, users have little control. To support self-regulation on mobile platforms, governmental regulation banning specific design patterns is likely to be useful only for obvious cases of manipulative dark patterns. Mandating greater user control over digital interfaces, however, could hold great potential to support a long tail of idiosyncratic user needs. This could take the form of a 'right to tinker' that provides users the same control over mobile interfaces as that which browser extensions enable on the web. Finally, regulators should require disclosure of data collection practices to make business models that are not based on attention capture more viable.